Finally, my Amazon account was fixed. I was pumped when I logged on to see the not working notification was gone. It had been weeks of waiting on the non-responsive Amazon team while biting my nails to the quick. I hit the link to see the sales with trepidation and immediately felt a crushing blow to my soul.

There were a total of three book sales. Three. Two of them were from Colorado, so, most likely, family. That is where most of my family is located after all.

With my chest concaved so much that I could feel my pulse, I just sat there staring at the screen in stunned disbelief. I couldn't even move, so I just stared at the screen until tears started silently slipping down my cheeks.

I am not sure if I had ever been that disappointed before. Had I heard God wrong? He had told me to write this book, and I truly believed in its message. Not just a little, but a lot. It had changed my whole life as it poured out of me. It had healed broken places in my heart. It had transformed the way I see the world and what I believe about God.

I had spent over a year working on completing it. All of my free time and resources poured out for the past year getting it to print. I thought my obedience would be blessed abundantly, but now it just felt like a cruel joke.

After days of wrestling with God through my anger, I realized that my hope had shifted toward the book's numerical success instead of God's promise to me somewhere along the line. God said that I was called to be a writer for Him, but He never promised I would be an overnight wonder. In fact, I had told God in a moment of pure freedom when I had first agreed to write and publish the book that if it were just for my healing and one other, that would be enough. In God's economy, that is enough.

But man, was it tempting to desire a quick, easy path and outrageous evidence of my call, rather than the hard work and faith it was taking to keep believing when everything looked so much different than I had imagined.

Over and over in the despair-filled workdays at my corporate job, the vision of "making it" as an author so I could quit that soul-draining job tempted me. But buying into this temptation had me believing in the miracle of becoming an overnight sensation rather than the calling God had laid on my heart. And with it, I was testing God's faithfulness to me rather than being faithful to what He had already said.

And guess who helped lead me into this temptation?

The third temptation we find the devil employing in the wilderness trying to get Jesus to sin is the temptation to test God.

Then the devil took him to Jerusalem, to the highest point of the Temple, and said, "If you are the Son of God, jump off! For the Scriptures say,

'He will order his angels to protect and guard you.

And they will hold you up with their hands

But unlike me, Jesus saw through the trickery. He knew God's plan and believed in it without having to see something miraculous happen to prove it. Even in this hard season of testing, Jesus used His faith in God's goodness and intimate knowledge of the scriptures to remind the liar what God's word ALSO says. "The Scriptures also say, 'You must not test the Lord your God." Luke 4:12 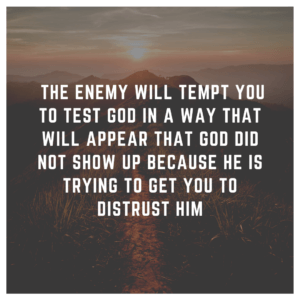 The truth is that the Enemy will tempt you to test God in a way that will appear that God did not show up because he is trying to get you to distrust Him. Everything that schemer does is to move you further from God and the plan that God has for your life. And sometimes, the schemes are hard to decipher. Let's not forget that then Enemy knows scripture too. Only by having an intimate relationship with God and His word can we discern through the smoke and mirrors he throws up.  We must stay in deep connection with God spending time with Him, so we know Him and His voice.

God fulfilled His promises to me in His way. So, no, I did not become an overnight wonder. I have come to realize this will be a long journey, but I am happily taking the long way with God. He has always had more good planned for me than I could ever imagine. Just a few months after the disheartened by low sales day, He provided a way to a new job that is so much better for me while at the same time affirming and equipping me for this call. It was so out of the box it could only be God. He has the same kind of "beyond what you could ask or imagine" for plan for you too (Eph 3:20).

Father, you are the good father with a good plan for our lives. Your ways are higher than our ways, and sometimes, we can get lost in the temptation to test your plan and faithfulness to us. Help us know your voice over the Enemy's voice. By the power of the Spirit dwelling within us help us to decipher the Enemy's misuse of scripture with the Truth. Thank you for guiding us back when we get lost. Your mercy and grace are never failing. In Jesus's name. Amen.

The scripture that Jesus uses against the Devil is from Deuteronomy 6:16 which is an exhortation from Moses to the Israelites to obey God alone in the blessing of the new land. It is common for humans to shift their worship from God to the blessing once they receive it. We must always be on the lookout for this temptation.

Share a time that the devil tempted you to test God

Ask God if there is anything in your life that you are believing for something that He did not promise. If so, surrender back to God's plan. 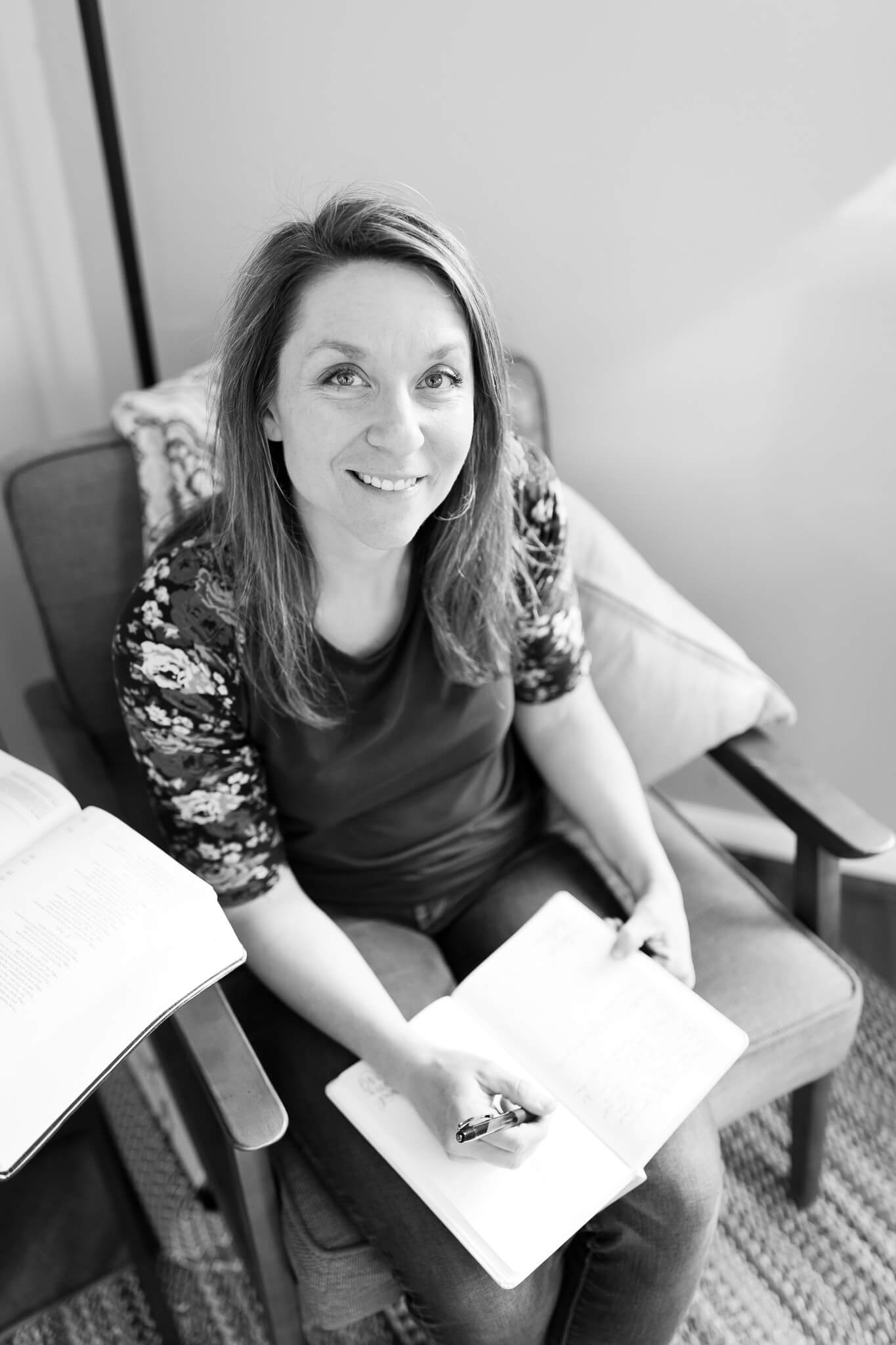 Grow in Truth. Walk Towards Freedom!

Jesus says you will know the truth and the truth will set you free. Everything in me wants to be free. Free from the ways of the world that only cause stress and striving. Free to be known and loved. Free to be all that God has created me to be.

That is why we are choosing to learn the Truth from the Bible and apply it to our lives through a weekly, real-life, devotional.

Will you join us?